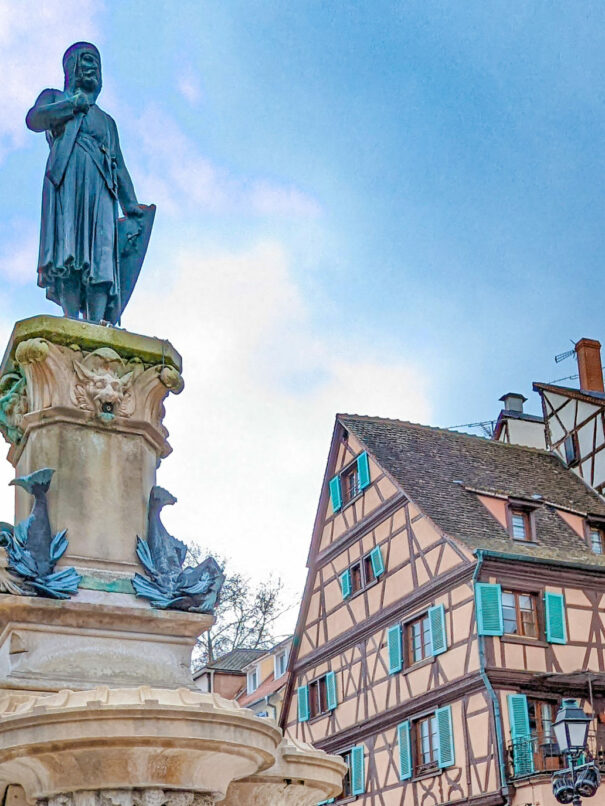 Would it be one of the prettiest cities in France? The people of Colmar won’t tell you otherwise!

Here is a small guide to visit Colmar, stroll through its streets and cobbled alleys, among its colorful medieval buildings, its neo-gothic villas and along the water on its canals:

It is said that Colmar is a concentrate of Alsace in itself. It is indeed a European meeting point, between France and Germany, and cheerfully mixes Latin and Germanic influences.

It has sometimes been a war trophy that was jealously guarded by both countries; can you count the famous back and forth between the two countries throughout history?

Colmar was conquered by the French in 1673, then Prussia claimed the whole Alsace region in 1871. It remained German until the end of World War I, when it was returned to the French, and then was temporarily occupied by the Germans during World War II.

Our history means that it is not surprising that you can see a Germanic influence in Colmar’s architecture, culture, food and drink. How could it be otherwise?

Colmar is full of picturesque sites: you will find neo-classical architecture, villas dating from the thirties, neo-Gothic, neo-Renaissance and Jugendstil, many colorful half-timbered houses, winding cobblestone streets and facades draped with flowers. Colmar is the ideal place to try to get lost and be surprised by the unusual discoveries. - The pedestrian zone of the old Colmar is one of the largest in Europe! - In addition to all the architectural styles mentioned, you will discover that the facades of many buildings are decorated in an extraordinary way; it seems that the houses are as much a work of art as a place to live! Among the houses, there are nice stores selling local products like chocolate and wine, as well as art and antiques. Some stores have ironwork hanging above the door to indicate their business. There are also many waterfront cafes, restaurants and hidden cellars. If you visit Colmar at Christmas, the streets are draped in lights and filled with stalls selling food and local crafts. 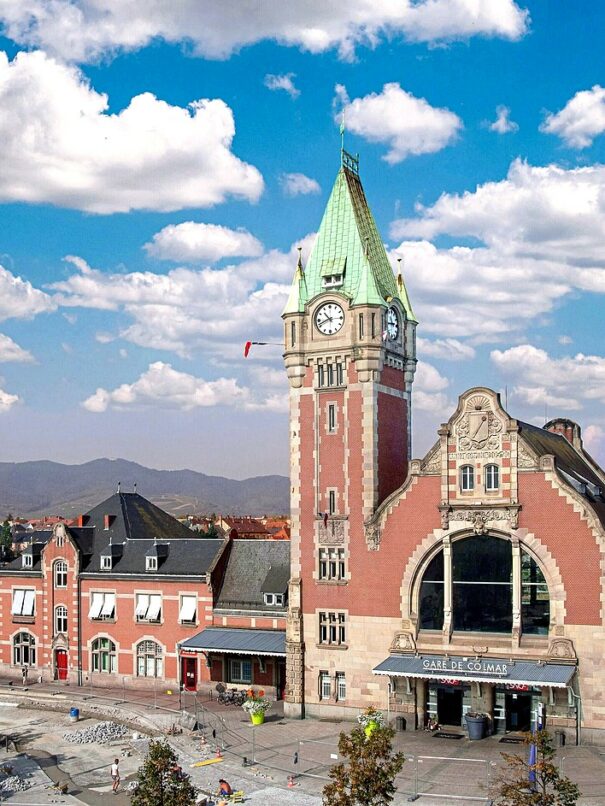 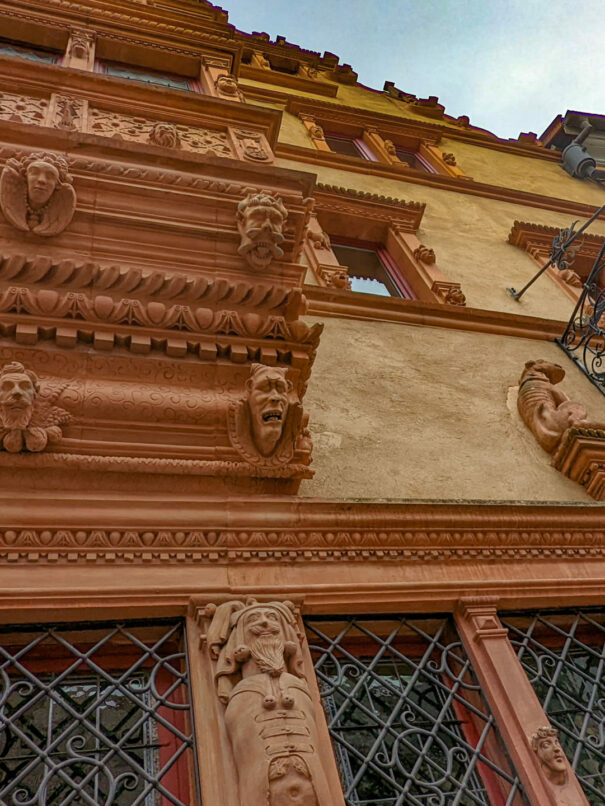 The city has a few museums to explore, including the Unterlinden Museum with its famous 16th century Isenheim Altarpiece. There is also a toy museum and theBartholdi museum , in the house where local artist Auguste Bartholdi, sculptor of the Statue of Liberty (a replica of which is located a few kilometers from the city center) was born.

The gothic church of Saint-Martin, with its colored tile roof and its 13th century stained glass windows, is also worth a visit

The Pfister house (1537), symbol of the Renaissance of Colmar and one of the most beautiful bourgeois residences that has survived.

The Koïfhus (the Old Customs House) completed in 1480, is the oldest public building in the city and was used for the deposit and transit of all goods imported into Colmar.

The House of Heads (1609), which owes its name to the 111 heads and grotesque masks that adorn its facade and testifies to the wealth of the Colmar merchant bourgeoisie of that time.

French classicism also endowed Colmar with beautiful buildings such as the Prefecture of the Haut-Rhin (opposite the Champ de Mars), the Palace of the Sovereign Council (1771), or theOld Hospital (1744), with sober and balanced proportions.

La Petite Venise was the district of Colmar’s merchants, who transported their goods by boat along the Lauch River to the city’s market. The story goes that different colors were used to represent different types of businesses – so if you were a fisherman, your house was painted blue, or a butcher had a red house. And they have been perfectly preserved since then.

To get a different view of Little Venice, you can take a boat ride on the water. The canals are quite shallow in places, so tours use small, flat-bottomed boats that look like rowboats. Departures are at the bottom of the Saint-Pierre bridge, next to the Caveau Saint-Pierre restaurant (access by the rue de la Herse or the Boulevard St Pierre).

Exploring it early in the morning or at dusk, you can have Little Venice all to yourself: when it’s the golden hour, with the dim lighting of the streets and the perfect reflections in the calm waters of the canals, just like in a fairy tale! 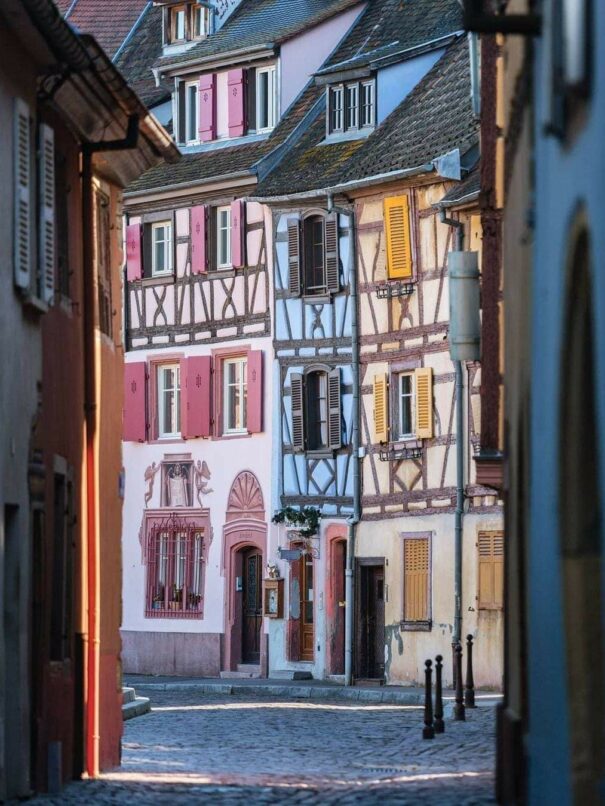 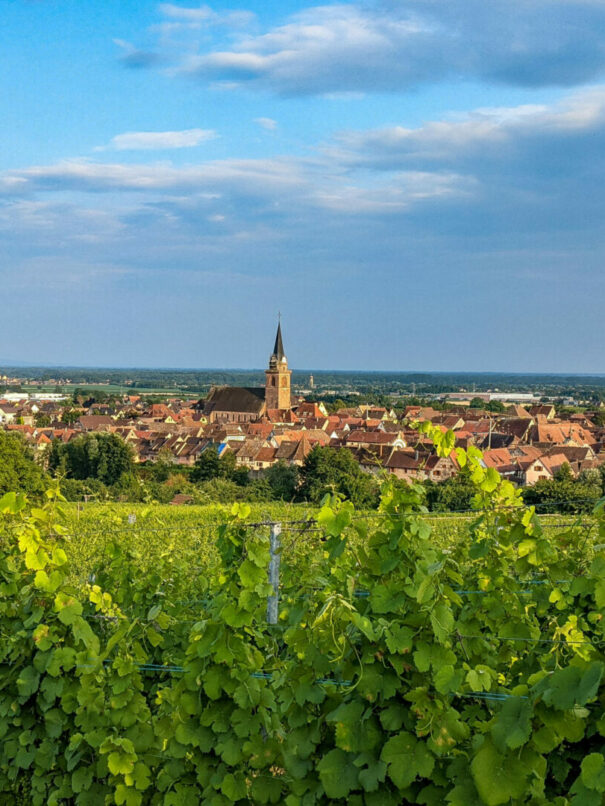 Colmar is also an excellent starting point for exploring the Alsace wine region, famous for its white wines. Besides the delicious Rieslings, you will also find Gewurztraminer and Pinot Gris wines, Pinot Noir rosés and the local sparkling wine known as Crémant d’Alsace.

There are many wine bars and stores in Colmar where you can taste the wines of the region, but if you want to know more, you can also take the Alsace wine route. The entire route covers more than 170 km and has hundreds of vineyards and wine producers that you can visit. The closest village to Colmar, famous for its beauty and its wine, is Eguisheim It is only 7 km away by bike (you can rent one at the train station!).

Do not hesitate to contact us to book a tasting!

When to visit Colmar

Springtime receives superb Easter markets from Colmar celebrates Spring and the temperatures are pleasant with an explosion of spring colors (the streets find all their floral arrangements and the decorations of the city are of any beauty). Maximum temperatures of 16-20°C can be rainy.

Summer is the high season, with average temperatures of 24-26°C but occasional storms. A multitude of festivals, including the Colmar International Festival and the Alsace Wine Fair in July, make the city very busy in summer. September is often a sunny extension of summer.

The autumn
offers a magnificent Indian summer, that isThe harvest season, which, depending on the year, can last until November for the great vintages and late harvests. During the months of September and October, there are still beautiful
wine festivals
and numerous gastronomic opportunities such as the now famous ”
Week of Taste
“. At the beginning of October, the foliage is still very green. With the approach of All Saints’ Day comes the period of blazing foliage that will last almost until the Christmas market period.

Winter is cold but the Christmas markets make the end of November and December a magical time to visit the city. January and February are quiet and you may have the opportunity to see Little Venice under the snow. 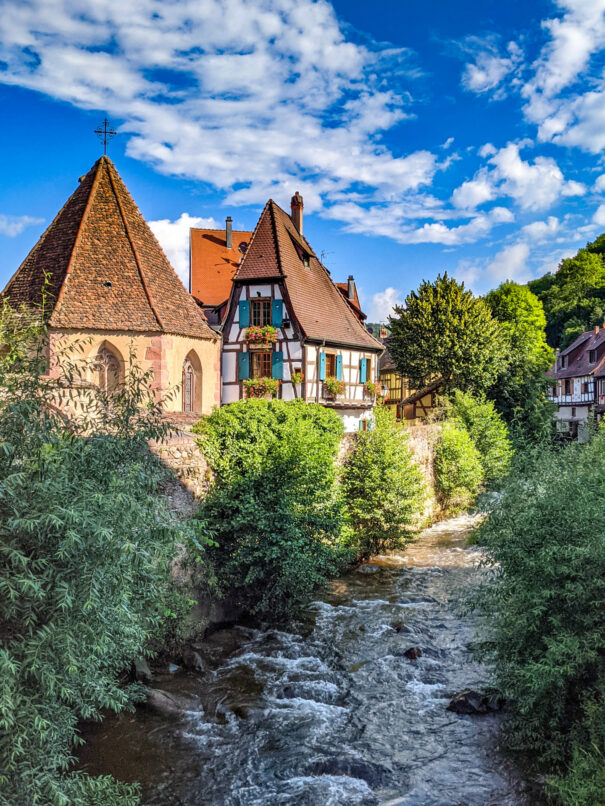 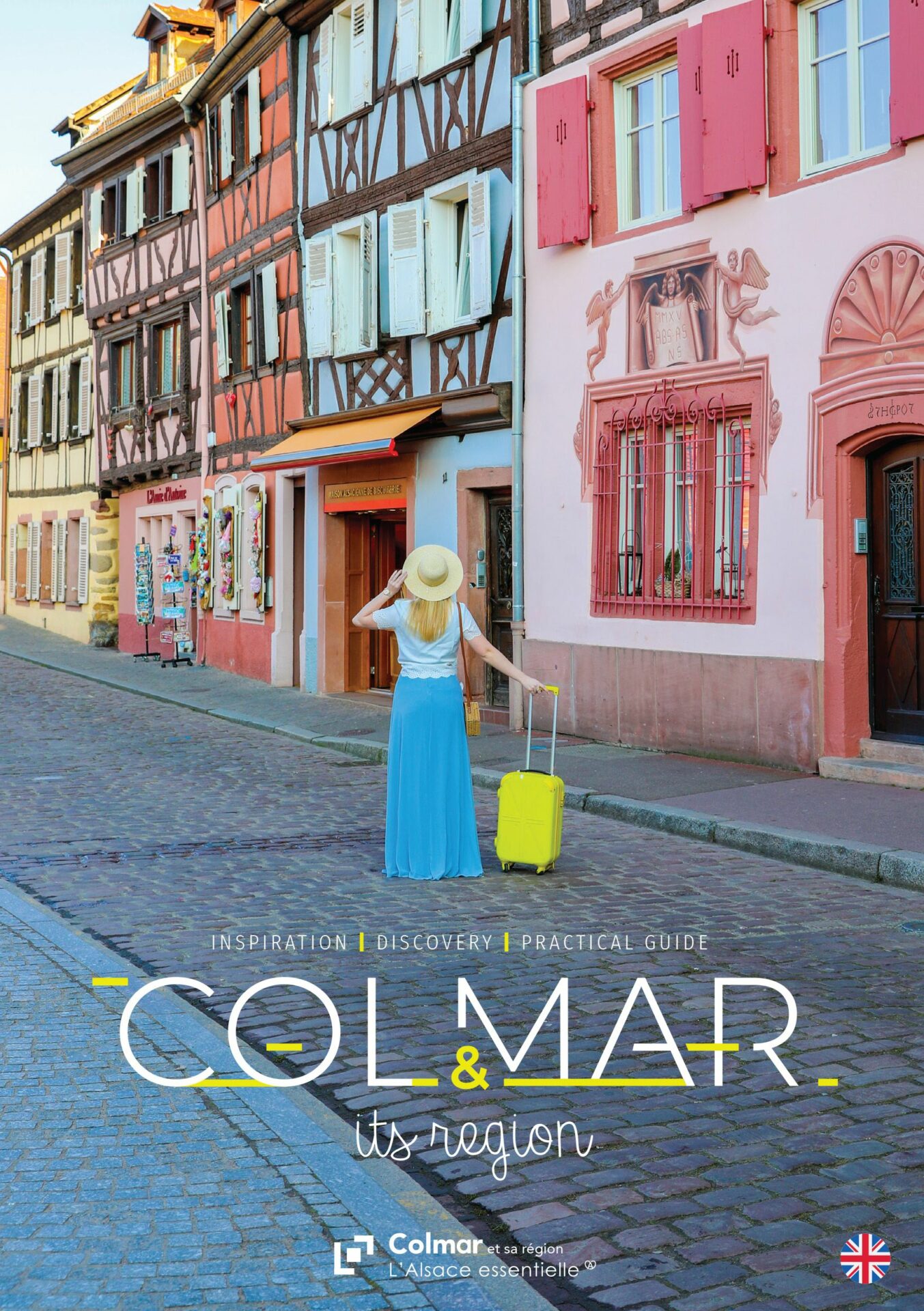 Download here the superb brochure published by the Colmar Tourist Office in which the Maison 1934 has the great pleasure to be featured:

“From the Little Venice of Colmar to some of the emblematic villages of the Alsace Wine Route such as Turckheim or Niedermorschwihr, the destination of Colmar and its region offers you an epicurean break in fairy tale settings.

Romantic, gourmet, cultural, whether on foot or by bike, it is between city, countryside and vineyards that you can appreciate the beating heart of our region so attached to its roots, its history and which invites you to ‘stàmmtisch’ * for a moment of sharing.

The inspiration guide of Colmar and its region invites you to discover the best of our gourmet addresses, our wine growers, hotels, restaurants and furnished accommodation. Wilkomme bisàmme!”

*Table of regulars at the winstub

Do not hesitate to ask us, we will be delighted to inspire you!